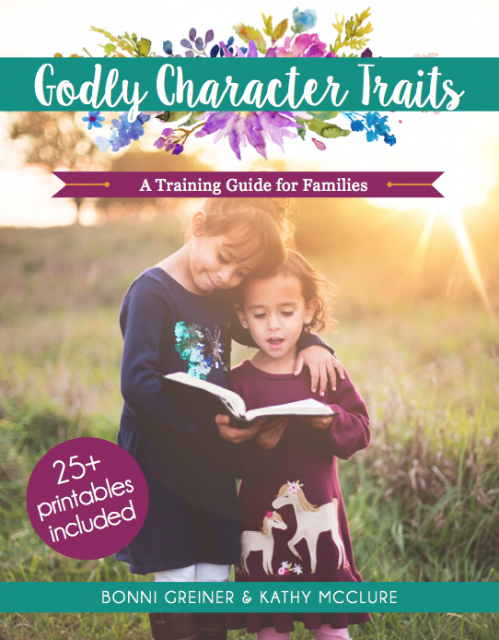 This book is the result of a plan that Bonni developed and used with her eight children, who are now grown-adults living out their lives for Christ every day. She wrote down the steps that needed to be taken, the verses that they read and memorized, and ideas to role play what they were learning. And this is the guide she used with her children!

The book includes a character trait definition and opposites list. There is a sheet for each godly character trait highlighting verses, the definition, the opposite, and ways to live it out and role model it with your kids. As well as a personal note to moms with tips from Bonni.

Bonus printables are at the end of the book, including a coloring page for each character trait that children can be coloring while you introduce the character trait each Monday, as well as a Family Rules and Non-Negotiables Poster you can use in your home!

God Has Given You Chalkboard Art